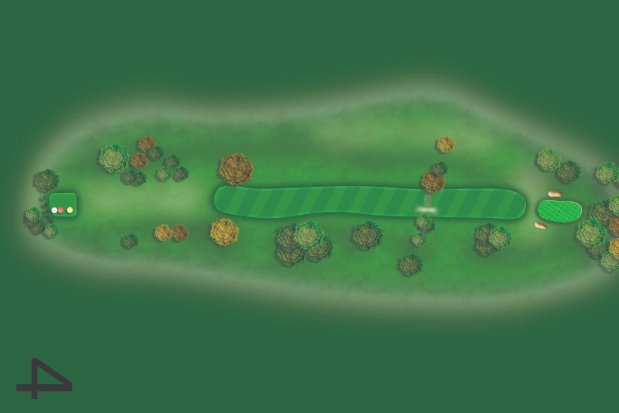 A demanding Par 4 standing at 367 yards, it’s played into the prevailing wind which can play havoc with any sliced tee shot for the right handed golfers. The large copse of tall firs down the right side will feel like a magnet for you slicers as the ball often clatters into one of these established pine trees, leaving just a simple chip back out into the fairway. The second shot is played slightly downhill to a narrow green which slopes gently from the players right to left, it’s protected by two greenside bunkers positioned at the front of the green either side awaiting a wayward second shot. The green itself has some very subtle undulations leaving doubt in the players mind as to pick the correct line and speed. When the pin is positioned near either of the two greenside bunkers be sure to be accurate with your approach shot.